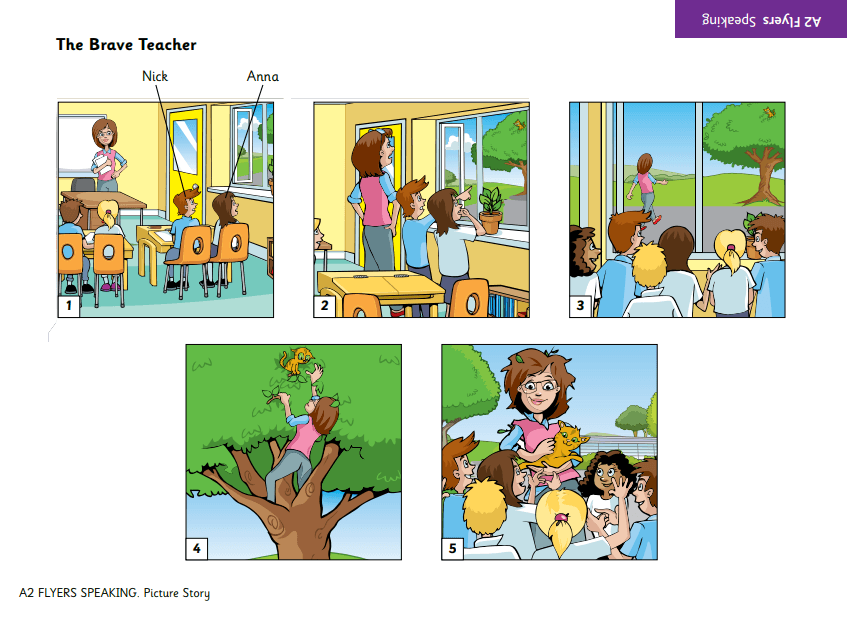 Now here are two pictures. My picture is nearly the same as yours, but some things are different. For example, in my picture it's half past 5, but in your picture it's five o'clock. OK?

I am going to say something about my picture. You tell me how your picture is different.

This is Robert. I don’t know anything about Robert's favourite restaurant, but you do. So I’m going to ask you some questions.

This is her cousin, Sarah. Now you don’t know anything about Sarah, so you ask me some questions. 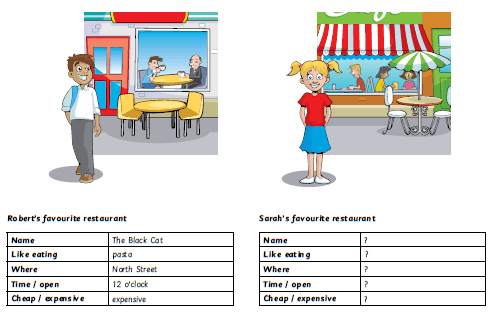 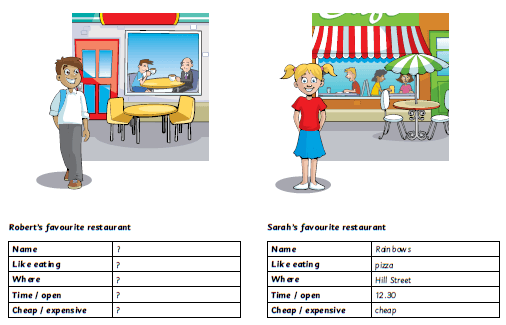 Look at these pictures. They show the story. It’s called ‘The brave teacher’. Just look at the pictures first. (Pause) Look at the first one.
This is Nick and Anna, they're looking out of the classroom window. The teacher isn't happy because they're not doing their work.
Now you tell the story. 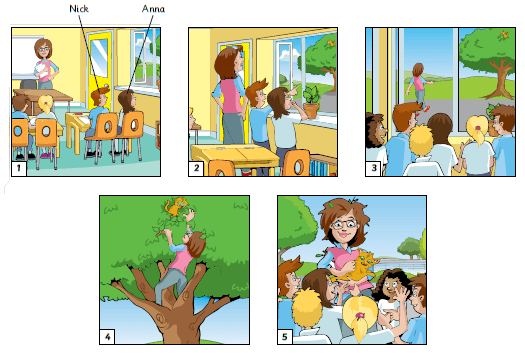