THE SCORPION by Roald Dahl 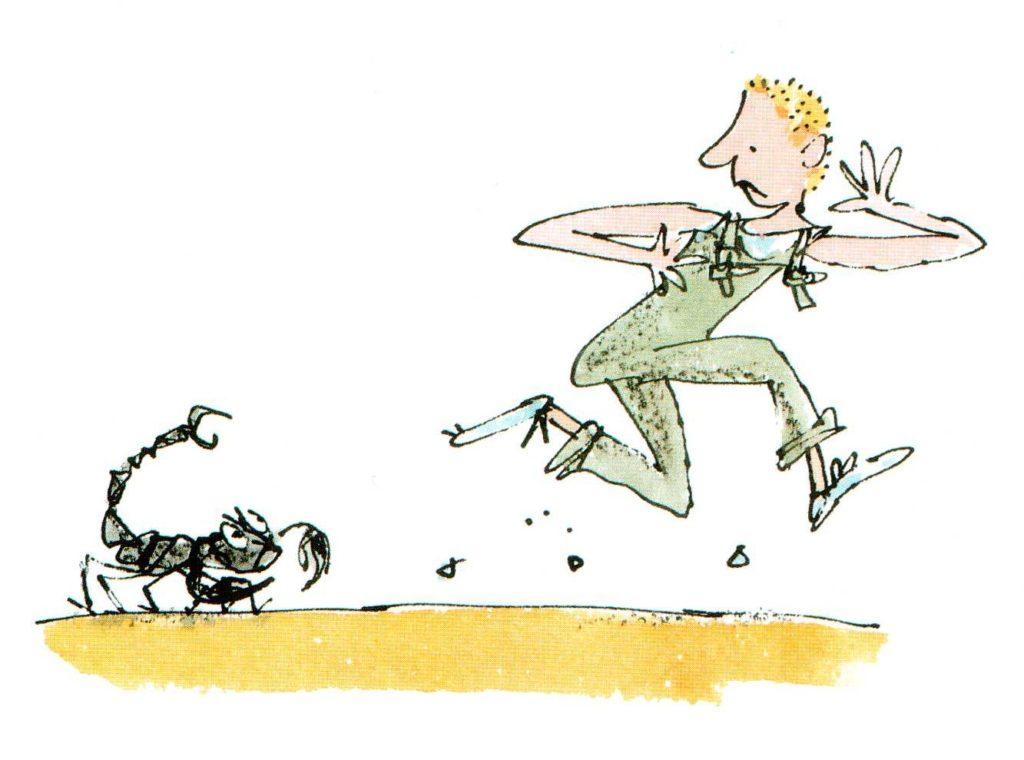 The scorpion’s name is Stingaling,
A most repulsive ugly thing,
And I would never recommend
That you should treat him as a friend.

His scaly skin is black as black
With armour-plate upon his back.
Observe his scowling murderous face,
His wicked eyes, his lack of grace,

Note well his long and crinkly tail.
And when it starts to swish and flail,
Oh gosh! Watch out! Jump back, I say,
And run till you’re a mile away.

The moment that his tail goes swish
He has but one determined wish,
He wants to make a sudden jump
And sting you hard upon your rump.

"What is the matter, darling  child?"
"Why do you look so tense and wild?"
"Oh, mummy, underneath the sheet
"There's something moving on my feet,

"Some horrid creepy crawly thing,
"D'you think it could be Stingaling?"
"What nonsense child! You're teasing me."
"I'm not, I'm not! It's reached my knee!