THE CROCODILE by Roald Dahl 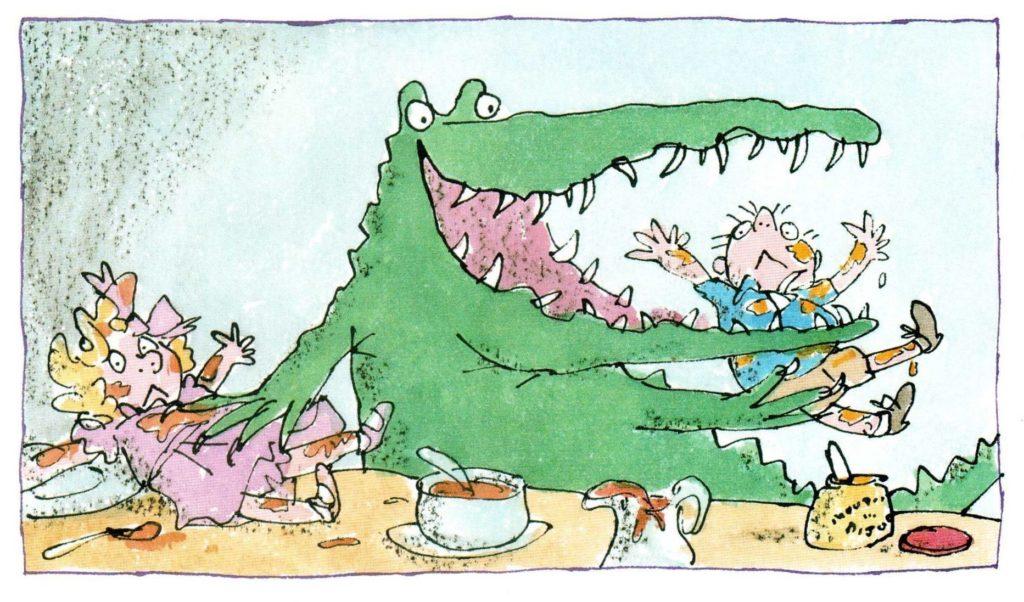 No animal is half so vile
As Crocky-Wock the crocodile.
On Saturdays he likes to crunch
Six juicy children for his lunch,
And he especially enjoys
Just three of each, three girls, three boys.
He smears the boys (to make them hot)
With mustard from the mustard pot.
But mustard doesn’t go with girls,
It tastes all wrong with plaits and curls.
With them, what goes extremely well
Is butterscotch and caramel.
It’s such a super marvellous treat
When boys are hot and girls are sweet.
At least that’s Crocky’s point of view.
He ought to know. He’s had a few.
That’s all for now. It’s time for bed
Lie down and rest your sleepy head . . .
Ssh! Listen! What is that I hear
Gallumphing softly up the stair?
Go lock the door and fetch my gun!
Go on, child, hurry! Quickly, run!
No, stop! Stand back! He’s coming in!
Oh, look, that greasy greenish skin!
The shining teeth, the greedy smile!
It’s CROCKY-WOCK, THE CROCODILE!